1.  Biofuel and renewable energy in the world

Energy is vital for the economic development and every sector of the economy such as agriculture, industry, transport, commercial and domestic sectors require energy. Fossil fuel-based fuel sources such as petroleum, coal and natural gas have been the predominant sources of energy all over the world for a long time. The majority of the world energy needs, about 81.1% is supplied through petrochemical sources such as coal, oil and natural gas. Nuclear, hydro, biofuel and other renewable energy  (wind power, solar energy) account only 18.9%. of every country. With cashew nut shell oil we have the raw material for potential renewable energy. 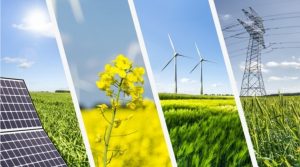 The world is confronted with a twin crisis of limited supply and the increasing cost of fossil fuels. In particular, cashew nut shell liquid (CNSL) is a potential fuel source that Vietnam dominates because it is a strong exporter of cashew kernels to many markets around the world. In the 15 years from 2006-2020, Vietnam is the world’s leading raw cashew exporter according to information from the Vietnam Cashew Association (VINACAS). In 2020, the export of raw cashew nuts reached more than 3.1 billion USD (about 80% of the total world production of cashew kernels). 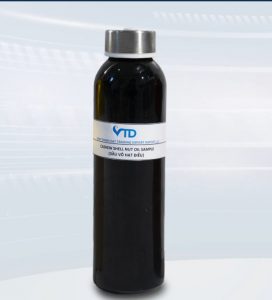 Our specification of Cashew Nut Shell Oil (CNSL) as below: