1. The fact of handling used cooking oil (UCO) in Vietnam

According to VTC News, in Vietnam, a large amount of used cooking oil (UCO) is produced every day, such as from collective kitchens, hotels, restaurants, schools, hospitals, families, processing units and fast food stalls….

Due to the high acid content contained in used cooking oil (UCO), people and pets are not able to use it (should not be reused). In fact that thesedays, there are many enterprises, restaurants, hotels, food stalls, etc. pouring used cooking oil (UCO) down the sewers, polluting the environment, especially, it wastes used cooking oils (UCO) as a feedstock to produce biodiesel. In some worse cases, some people buy or take the waste oil from the sewers and recycle it in order to sell this as poor quality oil for cooking or animal feed purpose, which is really dangerous and harmful to health, as the press once reported. 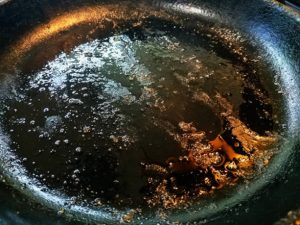 Specifically, in some cases, it was reported that many people buy this waste oil at a low price, then used chemicals to recycle it into poor quality cooking oil and sold it to underground enterprises or household producers that make fried onion oil, making fried onions. confectionery, fried doughnuts, fried corn, fried rice, fried pho, fried chicken, … or label famous cooking oil brands to trick them into selling them to consumers, seriously affecting people’s health, obviously, it is one of reason for increasing cancer cases. They buy waste oils or used cooking oil (UCO) from  restaurants and hotels with tricks such as “buying waste cooking oil to produce animal feed” to get waste cooking oil for recycling.

2. Overview of the current energy sources and their impact on the environment

Traditional energy consisting of mineral fuels such as petroleum, gas and coal is causing many challenges and dangers to the world, these are non-renewable energy sources (formed in nature for a very long time, in some cases millions of years) and limited production. This energy source can only be found in a few countries around the world, some countries will have much higher oil production than others, typically the Arab region.

In contrast, any country on earth can use renewable energy sources such as sun and wind. In addition, non-renewable energy poses risks to the environment and human health. Oil spills caused by drilling or hydraulic fracturing are responsible for earthquakes, water and soil pollution that destroy ecosystems. Coal power projects pollute the air which is not only harmful to human health but also the cause of global warming.

Renewable energy sources overcome the above limitations and challenges, but the barrier is higher price compared to traditional energy sources. But thanks to supportive policies from the government and technological improvements, these energy sources have been strongly developed in recent years in European and American countries and gradually spread around the world.

Used cooking oil (UCO) is a very potential feedstock to produce biodiesel (renewable energy), the use of biofuels as an alternative to diesel is a valuable solution for the inevitable global problems related to energy shortage and environmental pollution.

Used cooking oil (UCO) can be successfully converted to biodiesel by a simple chemical reaction known as transesterification, which can be accomplished using a variety of catalysts including bases, acids and enzymes. These catalysts can also be classified as homogeneous or heterogeneous. Each catalyst used to convert cooking oil to biodiesel leads to varying degrees of complexity, cost, energy consumption and feasibility.

During transesterification, the triglycerides of fatty acids in vegetable oils react with alcohols, usually methanol because of their accessibility and low cost, with the help of a suitable catalyst. This chemical interaction leads to the generation of fatty acid methyl esters (FAMEs), which have properties similar to those of diesel fuel. The byproduct of this reaction is glycerol which is extracted and used for other products including soaps and cosmetics. Typically, if the oil being used (UCO) contains a high content of free fatty acids (FFA) (more than 2% by weight), the oil will need to undergo first esterification due to soap formation. in case of reaction with alkaline catalyst.

Besides that a high FFA will often lead to severe engine deposits, injector buildup and piston ring stickiness. In the esterification of vegetable oils, the carboxyl acid (FFA) in the oil reacts with methanol in the presence of a catalyst, usually sulfuric acid, to convert the FFA content into an ester. The esters are then ready to participate in a conversion process where they are converted into a substance with diesel-like properties, such as reduced viscosity and exceptional lubricity.

Besides that a high FFA will often lead to severe engine deposits, injector buildup and piston ring stickiness. In the esterification of vegetable oils, the carboxyl acid (FFA) in the oil reacts with methanol in the presence of a catalyst, usually sulfuric acid, to convert the FFA content into an ester. The esters are then ready to participate in a conversion process where they are converted into a substance with diesel-like properties, such as reduced viscosity and exceptional lubricity.

Pure biodiesel is known as B100, but more commonly marketed biodiesel blends are B20 (20% biodiesel, 80% diesel) and B5 (5% biodiesel, 95% diesel oil). B100 is generally avoided due to injector clogging problems.

However, the B20 is approved for use in heavy duty diesel trucks. The most recent Ford Power Stroke, GM Duramax and Dodge Cummins diesel models can all run B20 biodiesel with no warranty concerns. As of 2011, all Ford Super Duty pickups even have the word “B20” in bold on the Power Stroke fender badge. As society evolves, we must continue to carefully integrate eco-friendly options into our traditional activities.

We, Vinh Thanh Dat Company (VTDIMEXCO) specializes in exporting used oil (UCO) with the ability to supply from 3,000 -5,000 tons per month. Product quality, brand reputation and stable and long-term supply are the criteria that Vinh Thanh Dat (VTDIMEXCO) considers as priority.