Soybeans are leguminous plants, native to Southeast Asia, first domesticated in the 11th century BC in China. Soybeans were first grown in the United States in 1765, then became major soybean farms in the 1920s and soybeans became the main source of feed in the livestock industry. The United States has produced soybean oil commercially and industrialy since the 1940s (Gibson and Benson, 2005). 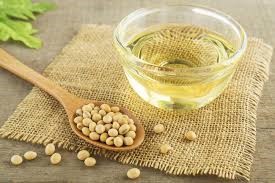 Soybean oil component is about 18% to 20% compared with other oil crops such as canola (40%), sunflower (43%) (Berglund et al., 2007; National Sunflower Association 2009). Soybeans weigh about 48 pounds per bushel, and soybean cakes are the main source of raw materials used in animal feed and human food.

Soybean oil is a potenial feedstock for aviation fuel  industry

Soybean oil is currently the main feedstock for animal feed and biodiesel production. A common method for biodiesel production is to react vegetable oils or animal fats with methanol or ethanol in the presence of sodium hydroxide (which acts as a catalyst). The “trans” esterification reaction yields methyl or ethyl esters (biodiesel) and glycerin (by-products).

Scientists from the USDA Agricultural Research Service (ARS) in Peoria have developed a state-of-the-art production method of aviation renewable fuel from soybean oil.

Previously, fatty acids from soybean oil can be manufactured into numerous industrial products such as  petroleum, fuels, printing inks and paints. The remarkable thing which is related to the products made by vegetable oils is that they restrict emissions such as GHG, carbo dioxide.

Having said that, the jet fuel bases on soybean developed to date does not contain sufficient amounts of “aromatic” compounds which limit jet engine operation efficacy and resilience. The current shortage of aromaticity in jet fuels made from soybean oil leads the limitation of the blend with conventional petroleum-based jet fuels.

The blend of biofuels is researched, conducted and worked by the aviation industry in order to reduce “carbon emissions”, total greenhouse gas emissions, especially carbon dioxide. 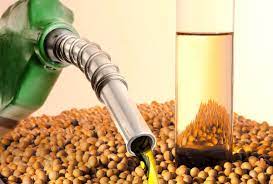 Besides that jet fuel from soybean oil is based on using a precious metal called ruthenium to catalyze reactions that change the structure and chemical properties of unsaturated fatty acids in soybean oil. The problem with this method is that it produces too few aromatic compounds. In order to solve this problem, the ARS scientists replaced ruthenium with iridium as the main catalyst in a six-step process they devised and patented.

In lab-scale experiments, using this approach to high oleic acid soybean oil resulted in jet fuel formulations containing 8 to 35% aromatics — a range of compatible with conventional jet fuel and far beyond what ruthenium-based methods can achieve.

The positive progress of this experiment has reported in an online edition of the International Journal of Sustainability Engineering, opens the door for an enhanced blend of jet biofuel and conventional jet fuels as well as a great solution for reducing emissions. The method also produces little or no naphthalene which is a jet fuel component related to emits soot when burned.

The researchers are currently looking for an industry partner to expand the process and evaluate its commercial potentiality. Their research also supports a broader effort at the ARS center in Peoria with the aim of developing new, value-added uses for agricultural commodities or their waste by-products. , as well as creating new sustainable ways to process them.

Thesedays, other vegetable oils such as like palm oil, coconut oil, rapeseed oil, sunflower oill… including inedible it’s by-product and waste from it’s manufacturer are used commonly as feedstock for biodiesel production. Other crops with a high concentration of oleic acid are under researching for greener and cleaner renewable energy in the future